Naxos is the largest island of the Cyclades and during the ancient times it was the center of the archaic Cycladic culture. Its capital Naxos Town is called Hora in the Greek language with an approximate population of 8,000. Naxos is a very popular destination, as it has beautiful long sandy beaches and crystal clear waters. The excellent infrastructure and the easy access by ferry or airplane, makes the island and ideal destination, especially during the summer, since it perfectly combines the advantages of amazing beaches with beautiful, picturesque mountainous villages. 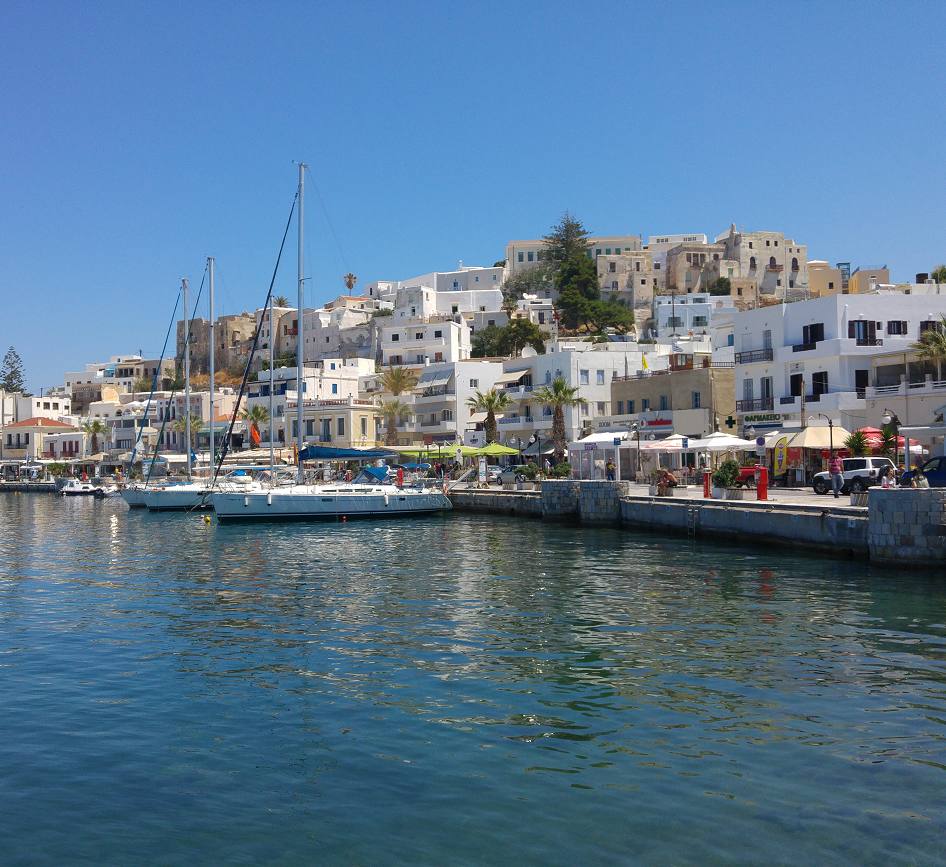 When the boat reaches the cosmopolitan island of Naxos and the harbor of Naxos Town, you will be able to see the ever famous “Portara” (great door), the Venetian Castle on top of the hill and the numerous sailing boats in the port. You will then realize that this is not like any other Cycladic island. Gifted by nature and blessed by history, this place shall seduce you in a journey of captivating natural beauty, insular aesthetics and traditional mentality.

Outside the castle area there are developed two other settlements. Bourgo, on the western side of the hill near the sea, with its Orthodox Cathedral and Nio Horio (New Village), originally inhabited by Cretans, as well as a Jewish quarter nearby. The need for some kind of defense against enemy attacks, a prudent use of the limited available space and the durability of the local building materials determined the way the houses of the ordinary people were built not only in Hora but also in the villages.In the traditional settlements the houses are adjoined to each other, with small courtyards.

These houses were often extended over the next door house or over the street, creating the "stegasta" (sheltered streets), a distinctive feature of the streets of Naxos. The streets paved with slabs of stone are very narrow; they are usually less than 2 m wide. Nowadays, the same narrow streets of Hora are full of life and colour and visitors can enjoy shopping facilities, night entertaiment, tradiotional food and music, etc

By Sea:
There are plenty of ferry and speedboat schedules form Piraeus Port, Rafina Port and the neighbour islands to Naxos. Journey time from Piraeus is 3.5 hours with catamaran and 5.5 hours with ferry.

By Air:
Naxos is connected to Athens. Journey time from Athens International Airport is only 30 minutes. Getting to Naxos via Santorini or Mykonos international airport and then ferry cross to Naxos Island is an alternative option.